The latest member of the legendary and exclusive Black Series family, the Mercedes-AMG GT Black Series, is set for its New Zealand arrival in strictly limited numbers. Only three (3) examples will be sold in New Zealand, all of which are already allocated to local customers.

GT Black Series is the sixth model to grace the most performance-focused branch of the AMG family, the first Black Series to be offered since 2013, and sports the most powerful AMG V8 production engine to date.

The road-legal Mercedes-AMG GT Black Series is firmly focused on racetrack performance, inheriting many of the aerodynamically optimised features of the awesome Mercedes-AMG GT3 race car.

Further bolstering the qualities of the GT Black Series as a track-day specialist, New Zealand-bound models will be fitted as standard with the Track Package, which includes a lightweight bolted titanium-tube cage for rollover protection and four-point seatbelts for the driver and passenger. The rollover system has the added benefit of increasing the already excellent vehicle rigidity, with a positive influence on driving dynamics.

Crank up the performance

The well-known and much-loved Mercedes-AMG biturbo 4.0-litre V8 gets a significant makeover and performance boost courtesy of a new ‘flat’ crankshaft. Unlike in previous applications of the engine that employed a ‘cross plane’ crankshaft, all of the crankpins are on the same plane with a 180-degree offset. This optimises the gas cycle and creates a different cylinder firing order, which works in conjunction with new camshafts and adapted exhaust manifolds.

Both the twin-scroll turbochargers have been given a larger compressor wheel to deliver a total of 1100 kg of air per hour (by comparison, the Mercedes-AMG GT R produces 900 kg/h), while larger intercoolers keep the charge-air temperature within the best possible range.

The result of these significant modifications is improved performance and even more agile throttle response, but also unique power delivery and a very particular sound pattern.

The biturbo V8 transmits power to the rear wheels via a seven-speed AMG SPEEDSHIFT DCT 7G dual-clutch transmission, which is located on the rear axle in a transaxle arrangement for optimal weight distribution. It has been adapted to the increased torque produced by the engine, and previous limits governing shift performance and response time have been extended to suit racetrack use.

The result is an absolutely unique model, even within the high-performance context of the Mercedes-AMG range. Not only is the accelerator and engine response more agile, but so too are the drive programs, start-up characteristics and gear changes. Thanks to increased starting revs, more sensitive wheel slip control and racetrack-ready sports tyres (Pilot Sport Cup 2 R MO, specially customised for the Black Series in collaboration with Michelin), the Race Start function is also now even more impressive. Transmission cooling has also been adapted to the tougher requirements, and transmission ratios have been slightly modified.

In addition, the ‘torque tube’ that creates the connection between the engine and the transmission is made of carbon-fibre and, at just 13.9 kilograms, is around 40 per cent lighter than its already weight-optimised aluminium counterpart in other AMG GT models. The drive shaft which rotates inside is also made from carbon-fibre.

As with the AMG GT R and AMG GT R PRO, aerodynamics experts and designers have worked in close collaboration in the case of the GT Black Series, with sophisticated aerodynamics making a significant contribution to high driving dynamics and stability on fast circuits. The similarity to the AMG GT3 and AMG GT4 racing cars is visually and technically stronger than any preceding GT model.

The design of a new, significantly larger cooling air inlet grille stems directly from the AMG GT3. Because the wheel arch coolers are now also supplied with air directly via the central intake, there is no longer a need for the two additional outer air inlets in the front apron. Sickle-shaped flics optimise the flow of air, not only increasing downforce at the front axle, but also improving brake cooling. The ‘air curtains’ control and direct the flow towards the wheels. Together with the flics in front of the wheels, this serves to reduce the drag coefficient and increase downforce.

The carbon-fibre front splitter has two manually adjustable settings (Street and Race – the latter exclusively for use on racetracks), and can be adapted to meet various track requirements. As a result, the GT Black Series can be steered more precisely when cornering at high speed, and exhibits even better directional stability. Especially during fast cornering and under high lateral acceleration, the vehicle delivers an agile response with clear feedback, while remaining easily controllable at all times.

A new carbon-fibre bonnet features two large exhaust air outlets made from black-finished carbon surfaces. The outlets guide warm air fed from the diagonally positioned cooling pack out of the engine compartment. This is directly derived from motorsport and increases overall downforce. Air flowing around the vehicle is also optimised by new, significantly larger and wider side sill panels.

Perhaps the most notable visual differentiation from other non-racing GT models is the two-stage rear aerofoil, purposefully framed by a new rear apron with a large diffuser, plus two rounded twin tailpipe trims. Both aerofoil blades are made from carbon-fibre, and can be mechanically adjusted to adapt to various track conditions.

The movable flap in the upper blade is an active aerodynamic element that can be electronically adjusted by 20 degrees, to suit the driving situation and selected AMG DYNAMICS mode. In a flat position, it reduces the air resistance, to help reach the top speed more quickly. In the inclined position, the flap improves braking performance and cornering stability thanks to increased downforce at the rear axle.

Liberal use of carbon-fibre, as well as deployment of thin, lightweight glass for the front and rear screens, contribute to significant weight saving measures exclusive to the Mercedes-AMG GT Black Series. This includes the carbon-fibre roof panel with a sunken centre, carbon-fibre bonnet and side mirrors, a carbon-fibre tailgate with small spoiler lip, a coiled carbon-fibre transmission mount, as well as a network of carbon-fibre shear panels that improve overall structural rigidity and increase driving precision. The ceramic high-performance compound braking system is also characterised by its light weight, and incorporates special brake pads and discs together with modified brake cooling, to guarantee optimal and non-fading deceleration. Light-alloy forged wheels also contribute to weight reduction, as does a dual adjustable torsion bar made of carbon-fibre for the front axle and hollow-tube steel for the rear axle.

As with the Mercedes-AMG GT R, an AMG coil-over suspension with adjustable spring preload is used in the GT Black Series, with technology adapted to meet the specific requirements for extreme racetrack use with high damping forces. The standard vehicle height is suitable for popular racetracks where the kerbs are driven over for fast lap times. For an even lower vehicle centre of gravity or higher transverse acceleration on flat stretches, the Black Series can be lowered by up to 10 millimetres. In addition, the wheel load distribution can be individually adapted for every wheel to optimise handling, another advantage valued by committed drivers.

The coil-over suspension is combined with an AMG RIDE CONTROL continuously variable, adaptive damping system. The system automatically adapts the damping on each wheel to the current handling situation, speed and road conditions. Two separate valves – newly developed for the GT Black Series and based on motorsport technology – modulate the damping characteristics rapidly and precisely.

The driver can also adjust the adaptive damping characteristics at the touch of a button in the AMG DRIVE UNIT or by using the AMG DYNAMIC SELECT drive modes. For example, the ‘Sport Plus’ mode is ideal for use on racetracks where it can automatically recognise the quality of the track surface and automatically adapt the level of electronic damping. To develop and perfect this logic, the GT Black Series was tailored to a wide range of different track types.

The AMG TRACTION CONTROL provides individual support for controlling the immense power of the GT Black Series – without any ESP brake intervention whatsoever. It has been extensively tailored to meet the requirements of the GT Black Series, allowing preselection of one of nine slip settings on the live rear axle from a separate adjuster in the central console that can be operated wearing racing gloves.

Innovative, coloured display buttons in the V-shaped central console integrate the display and control of transmission logic, suspension, ESP, exhaust system, rear aerofoil flap and start/stop function. The TFT display buttons have a mechanical pressure point so they can be operated whilst wearing racing gloves.

The AMG Performance steering wheel is adopted from the AMG GT family and is characterised by its sporty design, a flattened bottom section with a heavily contoured rim, and intuitive operation. The steering wheel rim is fully trimmed in DINAMICA microfibre, while the steering wheel badge exclusively features Black Series lettering, along with the AMG logo.

The GT Black Series features the fully digital instrument displays from the AMG GT family with a 12.3-inch instrument cluster in front of the driver, and a 10.25-inch multimedia monitor on the centre console. The instrument cluster offers three AMG-specific display styles: ‘Classic’, ‘Sporty’ or ‘Supersport’. The ‘Supersport’ view with a central rev counter features extensive additional information, such as a prompt to shift up in manual transmission mode, the ‘shift light’.

Important note to editors – The price detailed in this document is the current Manufacturer’s Recommended List Price (MRRP) and does not include any additional on-road costs. 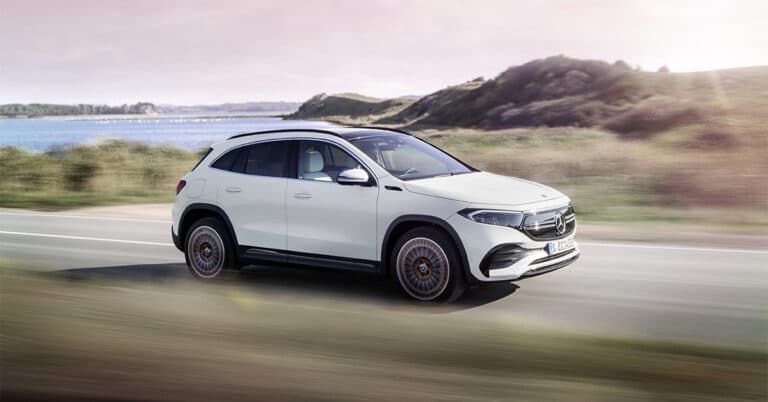 Meet the latest addition to the Mercedes-Benz EQ electric vehicle family, a... 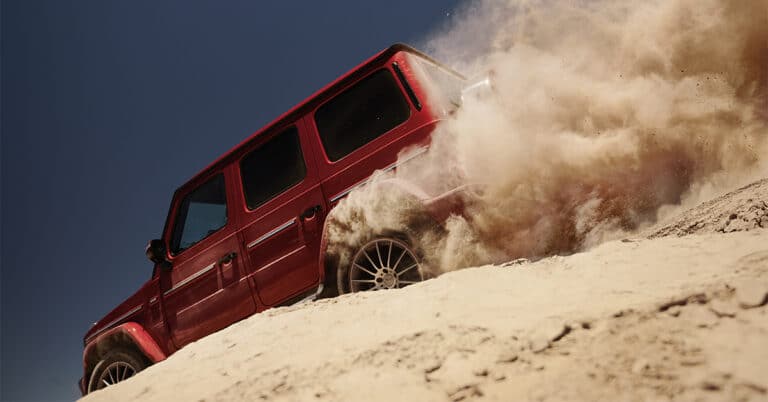 The new Mercedes-Benz G 400 d is set to stamp its authority on the New Zealand... 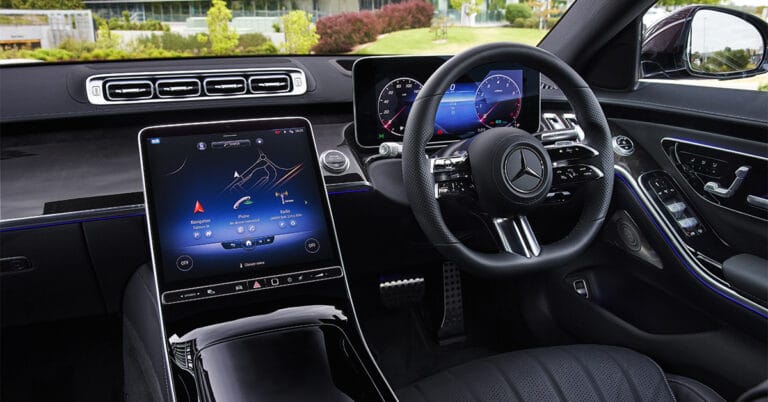 The all-new S-Class has arrived. 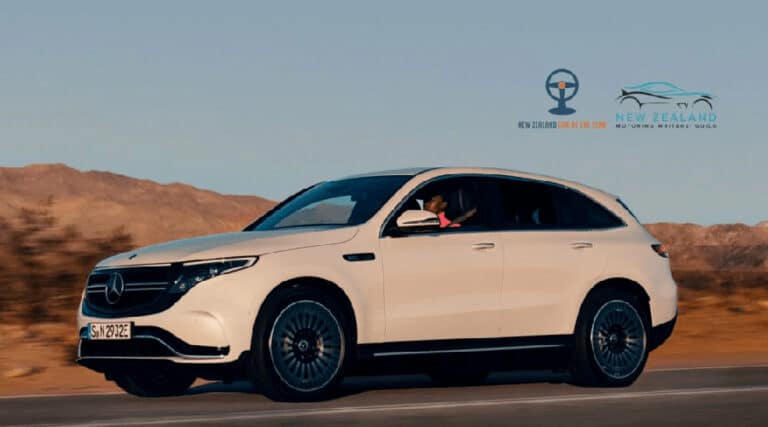 Mercedes-Benz Cars is once again the number one luxury vehicle manufacturer in...