Hyundai Motor Company has begun shipping its proprietary fuel cell system to Europe for use by non-automotive companies including a Swiss hydrogen solution firm, GRZ Technologies Ltd. The move reinforces Hyundai’s leadership in the development and mass production of fuel cell systems for vehicles and beyond.

Hyundai Motor and GRZ Technologies have been pushing for cooperation in hydrogen storage technology since late last year. GRZ has the technology to store about five to ten times more hydrogen than before, with a pressure lower than 30 bar, which is significantly lower than the storage pressure of a normal hydrogen storage tank, 200 to 500 bar. It is expected that this technology will be used in various ways through cooperation between the two companies in the future.

Using Hyundai’s fuel cell system, the company plans to produce a stationary power supply system to be used for building electricity at peak times. The fuel cell system is based on the one used in Hyundai NEXO.

In addition, Hyundai began shipping the fuel cell system to an energy solutions startup that manufactures electric generators. The startup will use Hyundai’s system to produce mobile hydrogen generators.

Hyundai Motor in July announced a plan to respond to the South Korean government’s Green New Deal policy with the export of hydrogen fuel cell systems, while steadily seeking to diversify its hydrogen business to secure leadership in the global market.

In December 2018, Hyundai Motor Group announced its long-term roadmap, ‘Fuel Cell Vision 2030’, and reaffirmed its commitment to accelerate the development of a hydrogen society by leveraging its global leadership in fuel cell technologies. As part of this plan, Hyundai Motor Group aims to secure a 700,000-unit-a-year production capacity of fuel cell systems for automobiles as well as for non-automotive sectors such as vessels, rail cars, drones and power generators by 2030.

As a champion of fuel cell technology in New Zealand, and the only automotive brand to have fuel cell EV’s in the country, Hyundai New Zealand is excited about this latest development.

Hyundai New Zealand General Manager Andy Sinclair says, “We’ve been committed to alternative fuel technologies since 2018 when we joined the New Zealand Hydrogen Association as the first automotive brand and founding partner. We brought NEXO, our fuel cell electric vehicle into the country June last year to help facilitate and progress the conversation and education around hydrogen and fuel cell systems.

We’re fully supportive of Hyundai’s future direction to diversify the use of Hyundai’s fuel cell systems as it will open up many more opportunities for various industries.”

Subscribe to our newsletter to stay current with all the new models on offer at our Hyundai dealerships. New Hyundai Santa Fe – the safest and most powerful yet

Hyundai’s redesigned fourth-generation Santa Fe has landed on our shores and... 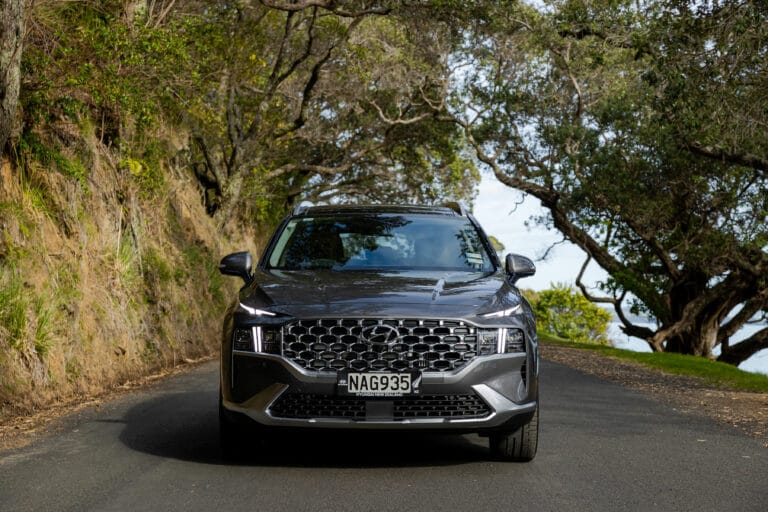 The New Santa Fe is arriving mid-November and it brings even more of what Kiwi...